Time, Clocks and the Ordering of Events in Distributed Systems

Before we dive into the details of this paper, let us first understand the definition of a Distributed System. There are a lot of definitions out there on the web, but let us use the below definition for this blog post.

What is a Distributed System?

A Distributed System is a collection of independent computers which talks to on another using unreliable network and also performs its own tasks. Any system that doesn’t communicate with others and functions on its own is not a Distributed System. 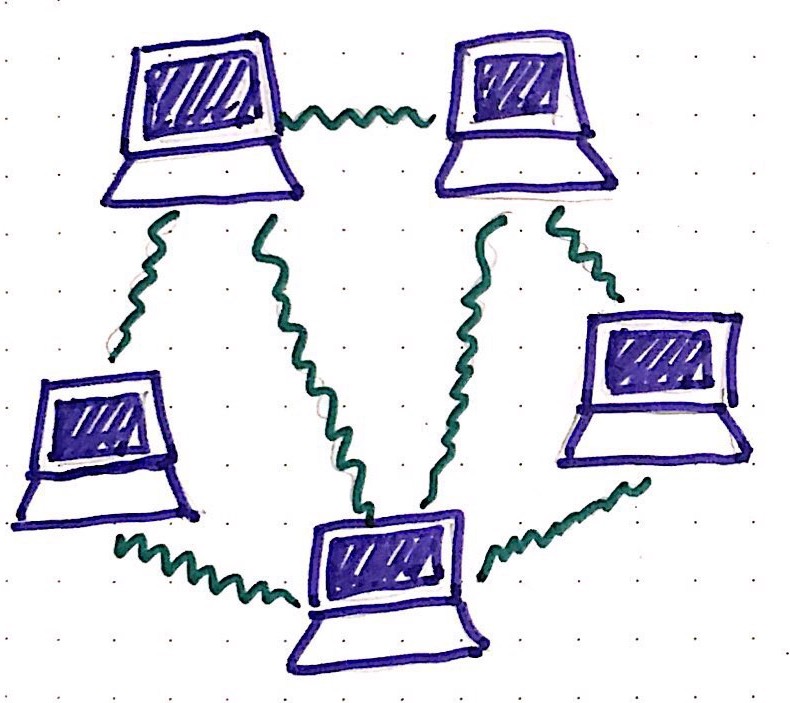 Why does the ordering of the events important in Distributed Systems?

Let us say multiple processes are trying to access one resource which can be used by only one process at a time. A process requesting for the resource must be granted only when there is no other process waiting beforehand to acquire the resource. In such cases, ordering of events globally among multiple processes is necessary to avoid any inconsistencies.

In our daily life, we use the physical time to order events. For example, we say that something happened at 8:15 if it happened after the clock read 8:15 and before it read 8:16. The same can’t be done in Distributed Systems because System Clocks are not perfect and they don’t keep precise time.

In real life, we can say that an event \(a\) happened before event \(b\) if timestamp of \(a\) is before \(b\). In Distributed Systems, we can’t use the physical time to order events because of the above problems. So, Lamport defined a Happened before relation without using physical clocks. 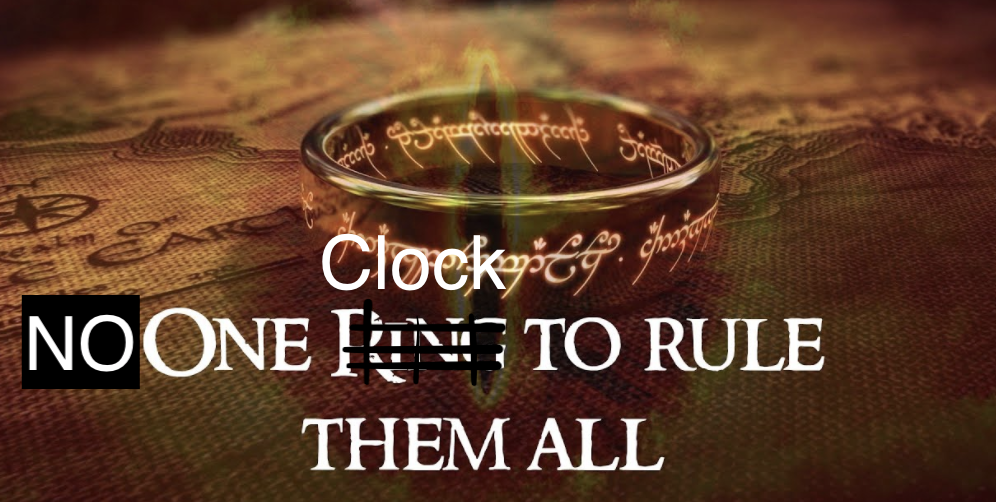 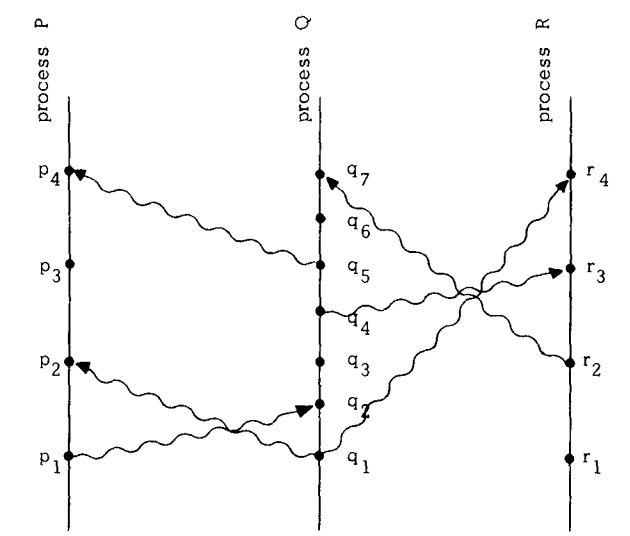 Now let us order the events in the system according to Happened Before(\(\rightarrow\)) relation using logical clocks. A logical clock is a way of assigning a number to an event which can be thought of as the time at which that event happened. Let us define a clock \(Ci\) for each process \(Pi\) as a function which assigns a number \(Ci(e)\) to each event \(e\) in that process \(Pi\). System of Clocks can be represented by \(C\) which assigns a number \(C(b)\) for any event \(b\), where \(C(b)=Cj(b)\) if \(b\) is an event in process \(Pj\).

Clock Condition is satisfied if the following two conditions hold:

Our Logical Clock algorithm satisfies the Clock Condition which means it is consistent with Happened Before(\(\rightarrow\)) relation.

Let us say there are a fixed number of processes trying to acquire a resource and only one process can use the resource at a time. So the processes must synchronize themselves to avoid any conflict. This is nothing but a variant of the mutual exclusion problem.

Let us look at the following scenario: 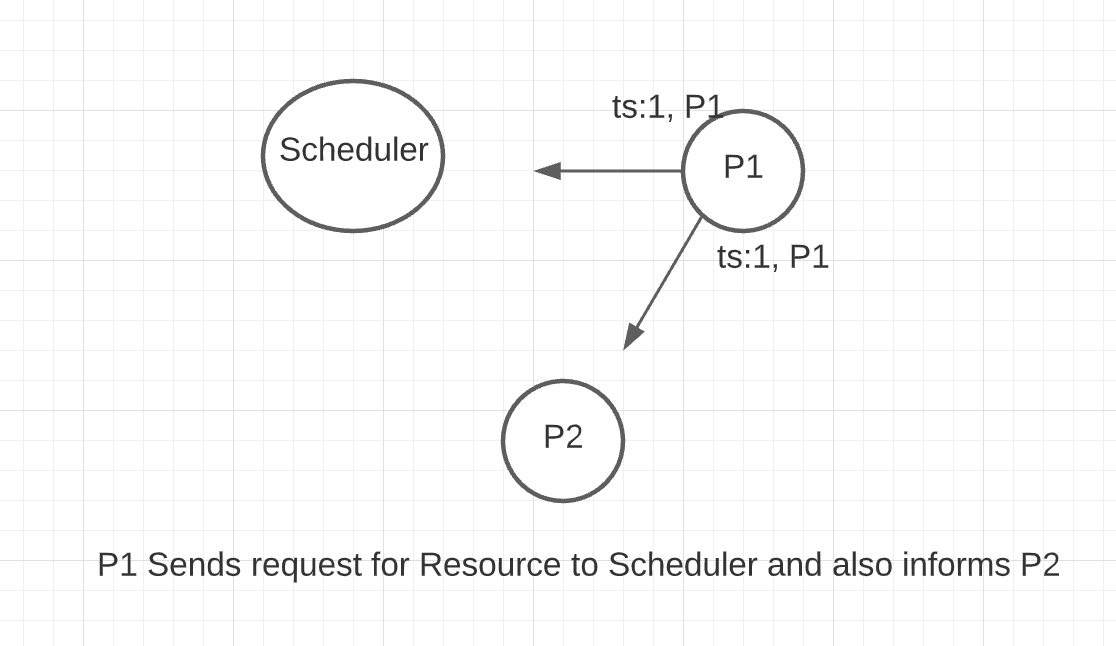 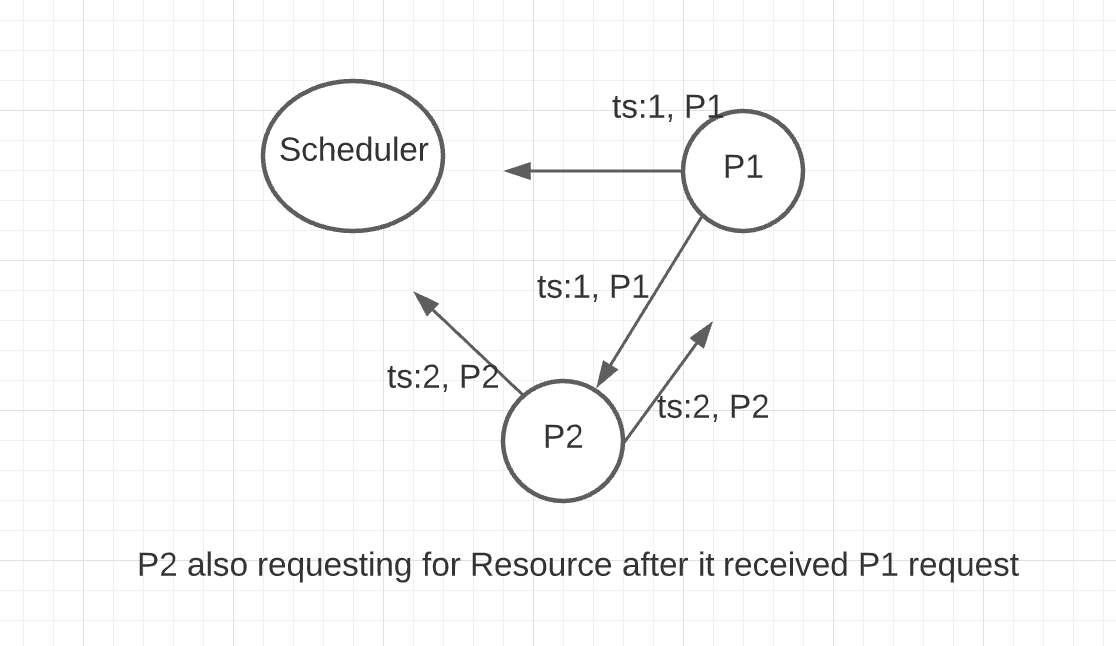 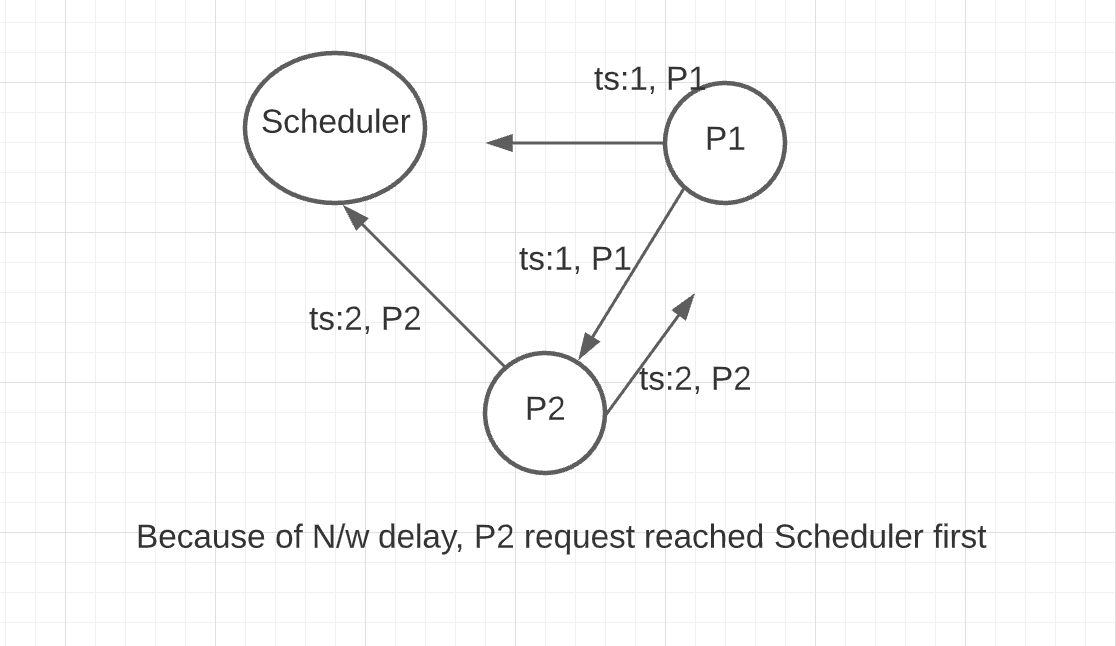 We can solve this problem by using Lamport’s Logical clock algorithm which gives the total order of all request and release operations. Before moving forward with the solution, let us make some assumptions

The algorithm is defined by the following 5 rules: 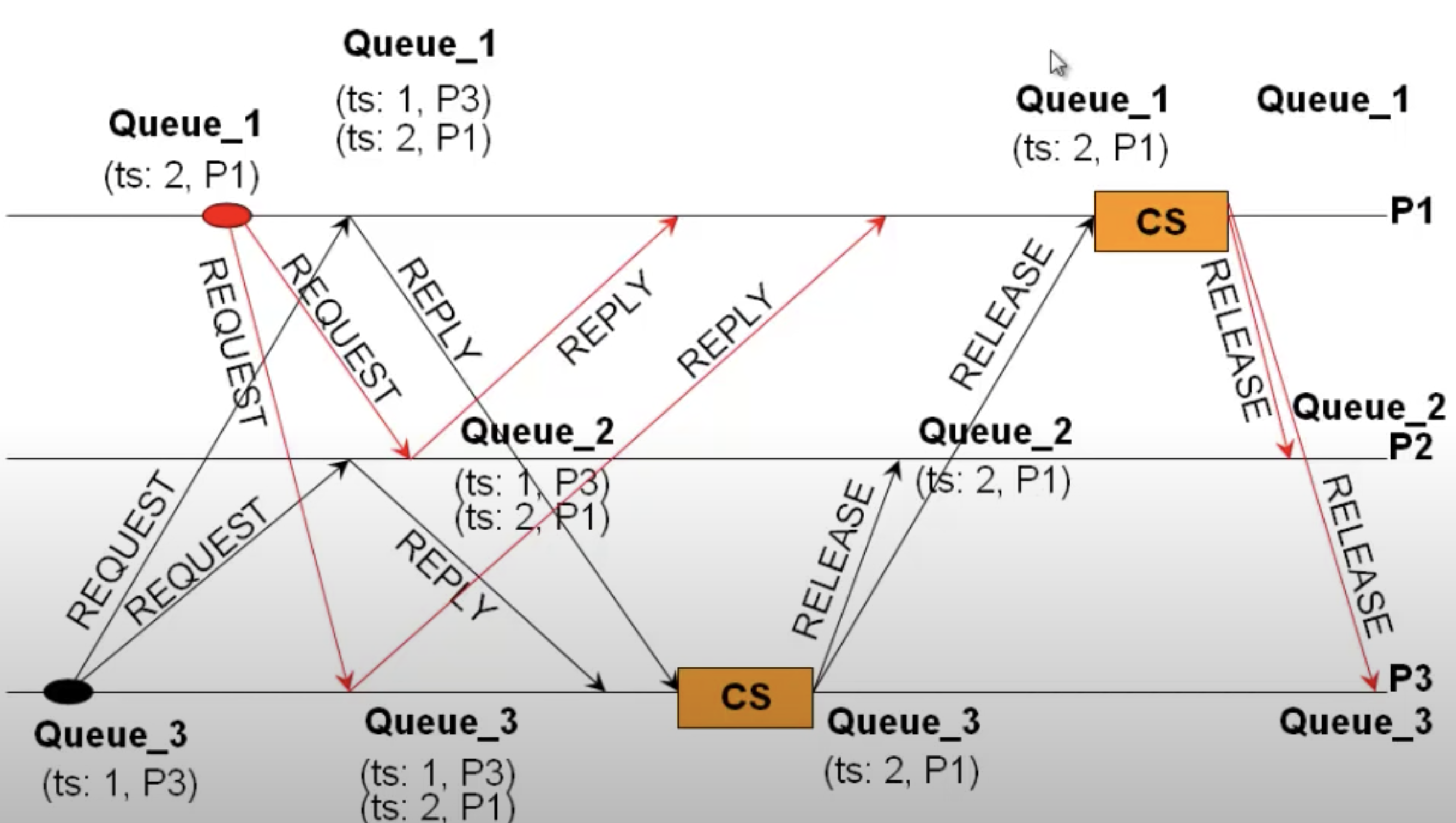